If Jonathan Edwards is known by common American Evangelicals for only one thing, it is probably his famous July 8th, 1741, sermon, “Sinners in the Hands of an Angry God,” which he preached at Enfield, Connecticut, on Deuteronomy 32:35. There, his powerful imagery of the fires of hell, of snakes and spiders meeting their doom, and of woeful sinners—only moments away from falling into eternal death—was rhetorically overwhelming.[1] According to historian George Marsden, “When Edwards started to preach, [the congregation] fell under the gaunt pastor’s almost hypnotic spell. Although Edwards had none of the dramatic gestures of a George Whitefield or a Gilbert Tennent and was said to preach calmly as though he were staring at the bell-rope in the back of the meeting house, he could be remarkably compelling.”[2]  So compelling, in fact, that Edwards actually had to stop the sermon in order to quiet the congregation, whose vocalizations and visceral reactions were presenting a problem to the sermon’s continuation. Edwards himself would state that this sermon “caused an immediate and general revival of religion throughout the place.”[3] Would that God would pour out this kind of preaching on His church today! 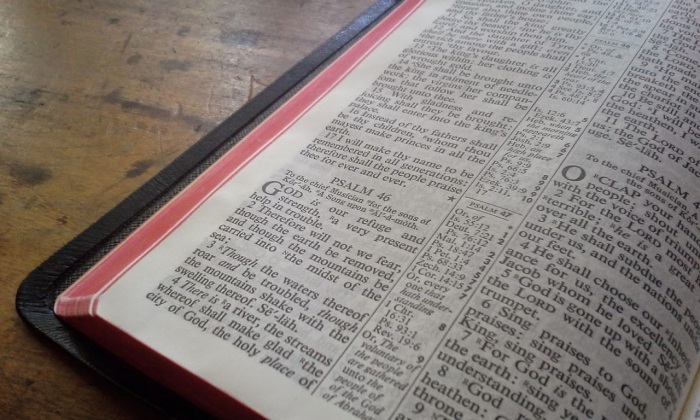 In this article I would like to make some observations about the overall preaching ministry of Jonathan Edwards, along with its form and effectiveness; as well as to make some applications for modern preachers who would do well to emulate him in some ways. First, we will make an overview of Edwards’s general preaching ministry, then we will narrow down to two specific foci, namely, his affective power in the pulpit and his doctrinal content.

An Overview of the Preaching Ministry of Jonathan Edwards

Stephen Nichols tells us that “the sermon is the primary literary genre for Edwards.”[4] Although many recognize how profound a theologian, philosopher, and writer Jonathan Edwards truly was, we cannot lose sight of the fact that Lord’s Day after Lord’s Day, year after year, Edwards’s primary vocation was as a preacher and pastor in his local congregation in Northampton, Connecticut. Sermon preaching was his primary mode of communication and arguably his greatest legacy to the church, even above his lofty treatises. Ask one of his parishioners about him in his own day, and they would likely have simply identified him as their country preacher rather than a renowned philosopher of global import. The fact of the matter is that Jonathan Edwards preached thousands of sermons.[5]

As a preacher, Edwards typically wrote out his sermons in full manuscript form.[6] This is especially true for his earlier sermons before the Great Awakening. These manuscripts give us a great entry point into his literary legacy. After George Whitefield came through town on his preaching tour (1740), Edwards experimented with making briefer outlines.[7] However, he never did fully give up the process of writing out his sermons in his own hand, especially when the situation called for a more formal delivery, such as when he preached before other clergy. When Edwards was later expelled from the Northampton Church (1750), and was resituated in Stockbridge, Massachusetts, as a missionary to the Native Americans (1751), he spoke more extemporaneously still, often taking previous sermons and reducing them in scope and difficulty to suit his less literate audience.[8]

Although nowhere near as animated a preacher as George Whitefield, Edwards was by no means dull in the pulpit either. He was already recognized as extraordinarily gifted by his colleagues as early as 1731, when he was selected to preach an important sermon at Harvard’s commencement,[9] which was later printed on account of the high public demand. This was Edwards’s first published piece. Samuel Hopkins, a student of Edwards, said “Mr. Edwards had the most universal Character of a good Preacher of almost any Minister in this Age.”[10] Douglas Sweeney adds, citing eyewitness testimony, that “His ‘Appearance in the desk was with a good Grace, and his delivery easy, natural and very solemn.’”[11]

Edwards’s aim in writing and delivering his sermons, however, was not to be clever or to impress his human audience. His goal was to convert sinners and build up the saints. In the introduction to their collection of Edwards’s sermons entitled The Salvation of Souls, editors Richard A. Bailey and Gregory A. Wills write that, “Edwards’s zeal for the salvation of sinners was central to his vision of the ministry.”[12] Edwards held a very high view of the preacher’s duty, calling, and responsibility. Bailey and Wills do well to summarize Edwards’s view of the preacher when they write:

To labor for the sake of Christ and His kingdom means rescuing lost souls, Edwards held. Christ’s work was the work of redemption, and he sends out his ministers to continue in that work. The minister’s business, he proclaimed, ‘is to be an instrument to carry on Christ’s work, the work of redemption.’ Faithful ministers ‘will labor hard for the salvation of souls.’[13]

There is no doubt, then, that when Edwards entered the pulpit on the Lord’s Day, as he did in both morning and evening meetings, he entered the sacred desk with the utmost gravity, solemnity and power, fully expecting his sermons to impact his hearers with the authority of the Word of God which he resolutely preached.

In terms of format and content, Edwards preached from a very regular sermonic construct, deviating from his usual construct only with extreme infrequency. Each sermon had three primary parts.[14] First, Edwards began every sermon with a Scriptural reading or quotation, and then launched immediately into a short section of the message which elucidated the biblical text’s historical context or literary setting within the canon of Scripture. In this crucial beginning stage of the sermon, Edwards gave his audience a brief introduction to the passage at hand, often reminding his extraordinarily literate congregation of the situation in which the narrative or didactic piece of the Sacred Writ could be found.[15]

Secondly, Edwards would move into a fuller exposition of the doctrine of the text, stated explicitly in his own words, and unfolded over the course of several pages in the manuscript.[16] By modern standards, Edwards’s sermons would be considered doctrinally heavy, even burdensome to most evangelicals today. This doctrinal portion would often be broken down into several sub-points that would be cross-referenced tediously with any number of other texts in Scripture that supported the main point, as Edwards understood it. Edwards hardly ever quoted any other famous theologians directly (such as Augustine or Calvin) in his sermons, nor did he frequently quote from the Creeds or Confessions, although he did from time to time give explanations of key Greek and Hebrew terms.

Finally, the Puritan Pastor would launch into a final main section of the sermon, the “applications” (or “uses” or “improvements” as he often variously called them), in which he would apply the passage to the heart of the congregation. He strenuously urged his people to respond immediately by repenting, worshiping, expressing faith, “closing with Christ,” or obeying in dutiful compliance etc. For Puritans, the application section was considered to be the most important part of the sermon, as those in Jonathan Edwards’s day believed that the Bible was to be preached in plain language, and pressed hard into the heart and conscience of the listener.[17] This tripartite formula was used by Edwards with hardly any variation at all. A simple survey of almost any one of Edwards’s sermons will reveal this general outline immediately.

[3] WJE 22:400. Throughout this article the Works of Jonathan Edwards (26 volumes) published by Yale University Press will be referred to by their briefer reference designations, with volume and page number, as is common practice among serious Edwards studies. See also, Jonathan Edwards, “Sinners in the Hands of an Angry God,” in Sermons of Jonathan Edwards. (Peabody, MA: Hendrickson, 2005), 399.

[5] A portion of which have been published, many have been lost, and hundreds still have never been published or even digitized for readers today. Presently, we have around 1,200 extant manuscripts of his sermons. Many of his sermon manuscripts are housed at the Jonathan Edwards Center at Yale University, waiting for scholars or volunteers to transcribe them into print or digital form from Edwards’s nearly impossible handwritten script. To be sure, there are still hundreds of sermons of Edwards that still have yet to come into the public eye for the first time.

[7] Sweeney, Jonathan Edwards and the Ministry of the Word, 76.

[12] Jonathan Edwards, The Salvation of Souls: Nine Previously Unpublished Sermons on the Call of Ministry and the Gospel by Jonathan Edwards, eds. Richard A. Bailey and Gregory Wills (Wheaton, Ill.: Crossway Books, 2002), 16.

[14] Sweeney, Jonathan Edwards and the Ministry of the Word, 74.

[15] For example, in “A Divine and Supernatural Light,” Edwards tells about the historical context in which Matthew 16:17 can be found, i.e. Christ’s conversation with the disciples concerning his true identity versus the identity that the crowd has given him. See Edwards, Sermons, 87–89.

[16] For instance, in “God Glorified in Man’s Dependence,” he states that the doctrine unfolded in 1 Corinthians 1:29-31 is “God is glorified in the work of redemption in this, that there appears in it so absolute and universal a dependence of the redeemed on him.” See Edwards, Sermons, 5.

[17] For example, in his sermon “Jesus Christ the Same Yesterday, Today, and Forever,” Edwards gives several applications including reproof for senselessness and carelessness regarding the things of religion, encouragement to come to Christ and be concerned for one’s own soul, and consolation for the godly, to remind them that they are in a state of grace. Edwards, Sermons, 236–248.