EdwardsStudies.com has a few updates for our readers in the ever-advancing world of Jonathan Edwards-related research and study. Here you go!

1. Study Edwards this Summer at Yale.

First, the Edwards summer course at Yale has now been announced. It will be entitled, “Jonathan Edwards and the Enlightenment: Free Will and Conversion.” The dates will be June 12-16; from 9:00 – 11:30am. The speakers will be Paul Helm, Ken Minkema, and Adrian Neele. Paul Helm is the special guest instructor; King’s College, London, Emeritus, a renowned expert on Reformed theology and Jonathan Edwards.

To get you excited about Paul Helm as the featured speaker, here is a list of his publications. 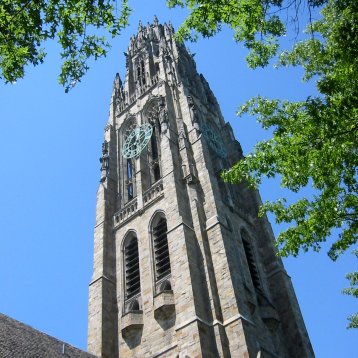 Per Ken Minkema, what follows is the course description:

Jonathan Edwards’ relationship with the Enlightenment of the eighteenth century is traditionally viewed as conflicted, condemning many of its aspects and viewing them as antithetical to Christianity. Yet, he embraced many Enlightenment figures and ideas. As part of the ongoing general reassessment of the Enlightenment that stresses the religious nature of the movement, this course, through primary readings by Edwards and contemporary writers and through interpretive literature, will look at Edwards’ thought on a key Enlightenment topic: the nature of the human self, particularly the nature of the will. We will look at how Edwards’ context, the specific challenges he faced, shaped the solutions at which he arrived. Along the way we will consider the debate over whether Edwards, in his formulation of the will, departed from or stayed within Reformed orthodox strictures.

Check out summerstudy.yale.edu for more info.
2. The JE Encyclopedia is Headed to Print!

Secondly, per Ken Minkema, “The final draft of the Jonathan Edwards Encyclopedia was submitted to Eerdmans at the end of last year and is currently in production. Preliminary estimates say our newborn will weigh in at 700 pages.” This is excellent news, as well as a very healthy birth-girth! Our opinion is that this will instantly become a classic in the field of Jonathan Edwards studies, and will likely be THE must have work about Edwards for the year 2017. As soon as it becomes available, EdwardsStudies.com will get our hands on a copy to do a full video and written review.

For more information on the Edwards encyclopedia, see our archived interview with Ken Minkema last April. In that interview, Minkema described the JE Encyclopedia as the definitive “go-to source for quick information on a given idea, writing, person, place, or event in Edwards’s life, along with a few sources with which a reader can follow up to further explore.”

Reminding our readers that the JEC (Jonathan Edwards Study Center at Yale University) has a special deal with Vanderhoeck & Ruprecht in Germany to bring to press a series of new directions in Edwards’ studies. Here is a quick glance at what has already come to print. According to Minkema, the following describes what’s next on the printing press with the JEC/V&R partnership…

The next installment in the “New Directions in Jonathan Edwards Studies” from Vanderhoeck & Ruprecht is Charles Phillips’ Edwards Amasa Park: The Last Edwardsean. Charlie is the National Program Officer with the Maclellan Foundation of Chattanooga, Tenn. An excerpt from his description of the book reads: “Park drew creatively on the intellectual resources at hand to re-cast his inherited orthodox Calvinism in the new conditions of the nineteenth century. The New Rhetoric and common-sense epistemology from the Scottish Enlightenment, methodological principles from the German mediating theologians, the fresh affective sensibilities of his audience as dictated by the bracing stream of Romanticism from England —all were used by Park to create a broadly relevant orthodox synthesis in the innovative spirit of Jonathan Edwards and his theological successors.”

Next, our readers might be interested to know that the Northampton Church Records have been scanned and are on line via the “New England’s Hidden Histories” project at the Congregational Library, Boston. Readers can go to congregationallibrary.org and follow the links. Minkema told me that this is the church’s first book, started by Eleazar Mather in 1654, and contains entries by Solomon Stoddard, Jonathan Edwards, and John Hooker.

Finally, Ken Minkema along with Kyle Strobel, and Adriaan Neele are together working on an Edwards volume for the Classics of Western Spirituality series (published by Paulist Press). This series already contains other works by timeless writers such as Julian of Norwich,  Saint John of the Cross, John and Charles Wesley and many others. The series generally focuses on the great writers in the genres of prayer, piety, and mysticism. This new volume on Edwards will contain some classic texts illustrating Edwards’ piety as well as some “previously unpublished documents.” Can’t wait to see what those might be!